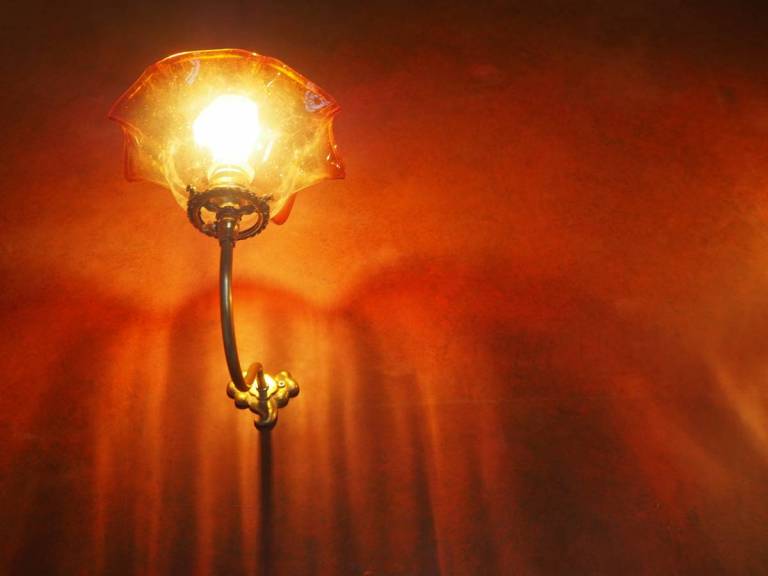 Sant Jordi heralds the burst of spring, literary profusion and neighbourly joy. The streets overflow with adventure and people are filled with the gleaming intuition that good weather is on its way. This year, we are especially excited about the festivities because they will be the first that we open our doors open to the public. To celebrate, we wish to offer the chance to discover Antoni Gaudí’s first house free of charge exclusively to all winners of a drawing held through the social networks Facebook, Twitter and Instagram.*

We will also have a book stand by the Jordi Capell Architects Cooperative where you can get the best known new books of the year and other great books specialised in the world of Gaudí, architecture, design and Barcelona. Marcel Farinelli, translator and editor of the book ‘L’Alguer‘, will sign books at 13:00.

Moreover, were we offer you four suggestions:

Antoni Gaudí, fuego y cenizas (Antoni Gaudí: fire and ash). This book by Juan José Lahuerta, the director of the Gaudí Chair, considers the political and cultural context of Barcelona during the time of Gaudí as linked to the development of the great architect’s work and deconstructs the idealised popular view of a genius free of any influence.

Pensadas a mano. La arquitectura de Flores & Prats (Designed by hand: the architecture of Flores & Prats). This is the first book to document the work of this architectural studio founded in Barcelona in 1998. It is a compilation of its work in fields such as renovation, social housing, public space, neighbourhood participation and its workshops at the university, demonstrated with a material process enabling participation in its development.

Barcelona orientalista (Orientalist Barcelona), by Oriol Pascual. In this book, you will discover part of the history of Barcelona through buildings, figures and events related to the fascination with Orientalism in the late 19th and early 20th centuries. The buildings featured include Casa Vicens.

RC Arquitectes 1988 a 2017 (RCR Arquitectes, from 1988 to 2017). This book covers 40 major works by the studio that won the last edition of the Pritzker Prize and has been creating radical architecture committed to nature for three decades. Inside you’ll find personal and suggestive works like Pedra Tosca Park, Casa Horizonte, the Les Cols restaurant and the Benlloch winery.

*Legal rules of the contest held through social networks: http://j.mp/2qolsSB