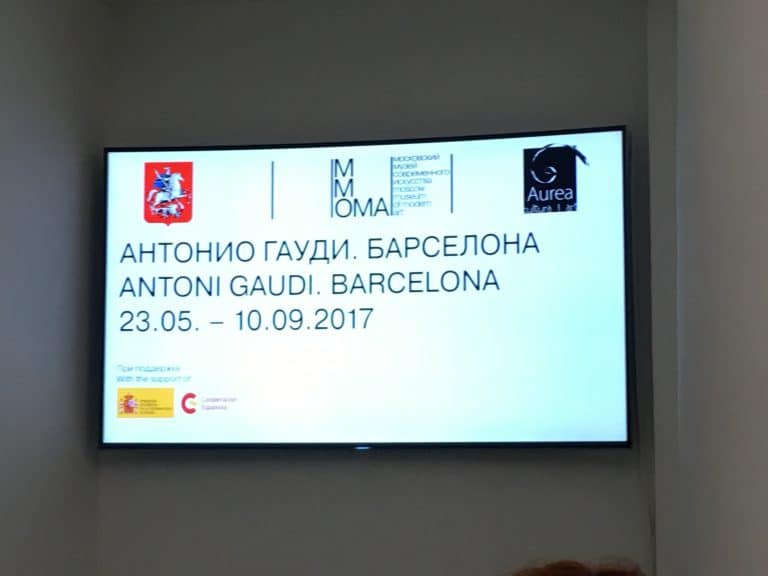 Although Casa Vicens will not open its doors to the public until October, the building is the subject of increasing international attention and items from its permanent collection are already fascinating people in other parts of the world.

On May 22, the Moscow Museum of Modern Art (MMOMA) inaugurated Antoni Gaudí Barcelona, an exhibition on view through September 10, 2017 that provides an overview of the work Gaudí carried out in Barcelona, from sketches and studies he executed while still a student to the mature works that would bring him lasting international acclaim. As the first residential building Gaudí was commissioned to design after launching his professional career, Casa Vicens is naturally included.

This is the first major exhibition devoted to Gaudí’s work to be shown in Russia. It is also the first in which Casa Vicens is presented as a functioning cultural institution related to Gaudí with others such as Casa Batlló, Casa Milà, the Colonia Güell, and the Palau Güell. 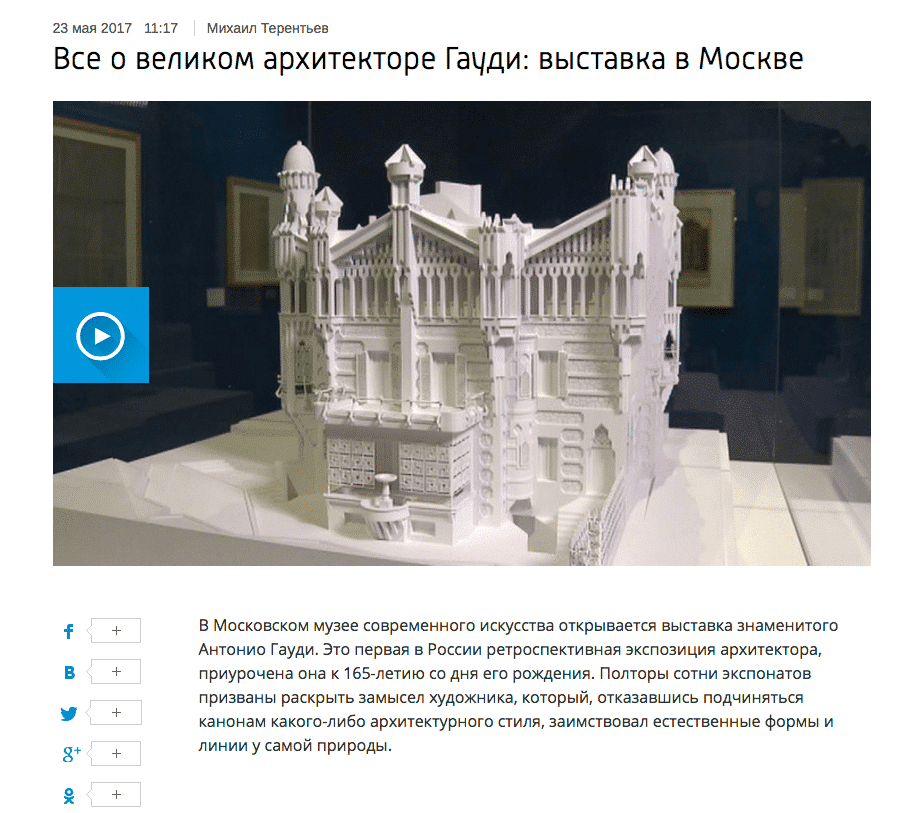 The curators have assembled a choice selection of architectural drawings, sketches, pieces of furniture, architectural elements, sculptures, period photographs, audiovisual components, and models that illustrate Gaudí’s genius for combining functionality and ornamentation and livability and originality in various avant-garde aspects of his buildings such as façades, balconies, and patios and his highly effective use of ceramic tiles and mosaics.

Casa Vicens is represented in the form of a 1:50 scale model created specifically for the occasion that will subsequently be permanently on display in the museum in Barcelona. The exhibition also includes four greenish ceramic tiles from the building’s emblematic façade: two depicting carnations and two designed to be used as coping tiles along the roofline.

The project was sponsored in part by the Departament de Cultura de la Generalitat de Catalunya and the Embassy of Spain in Moscow. 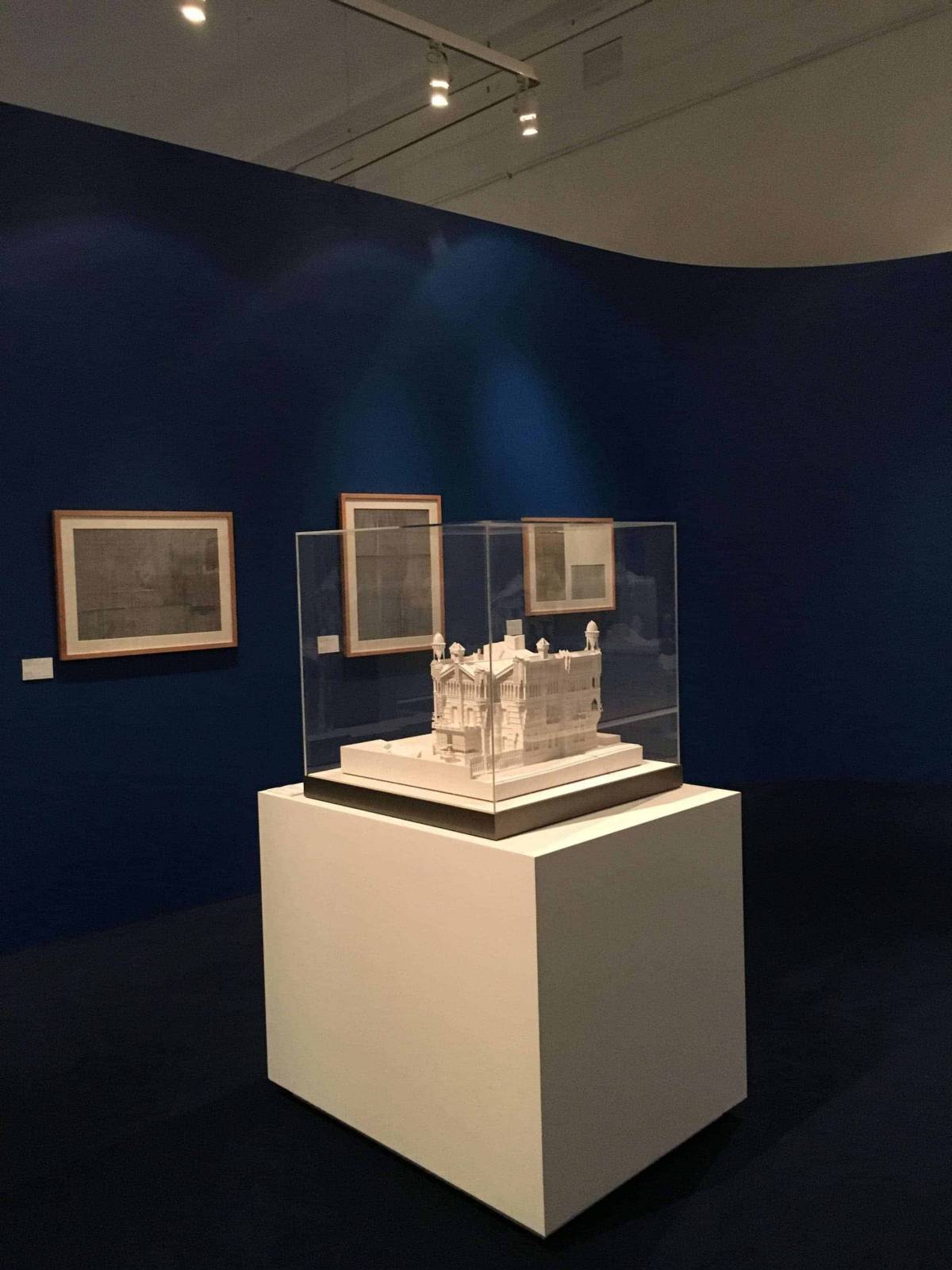 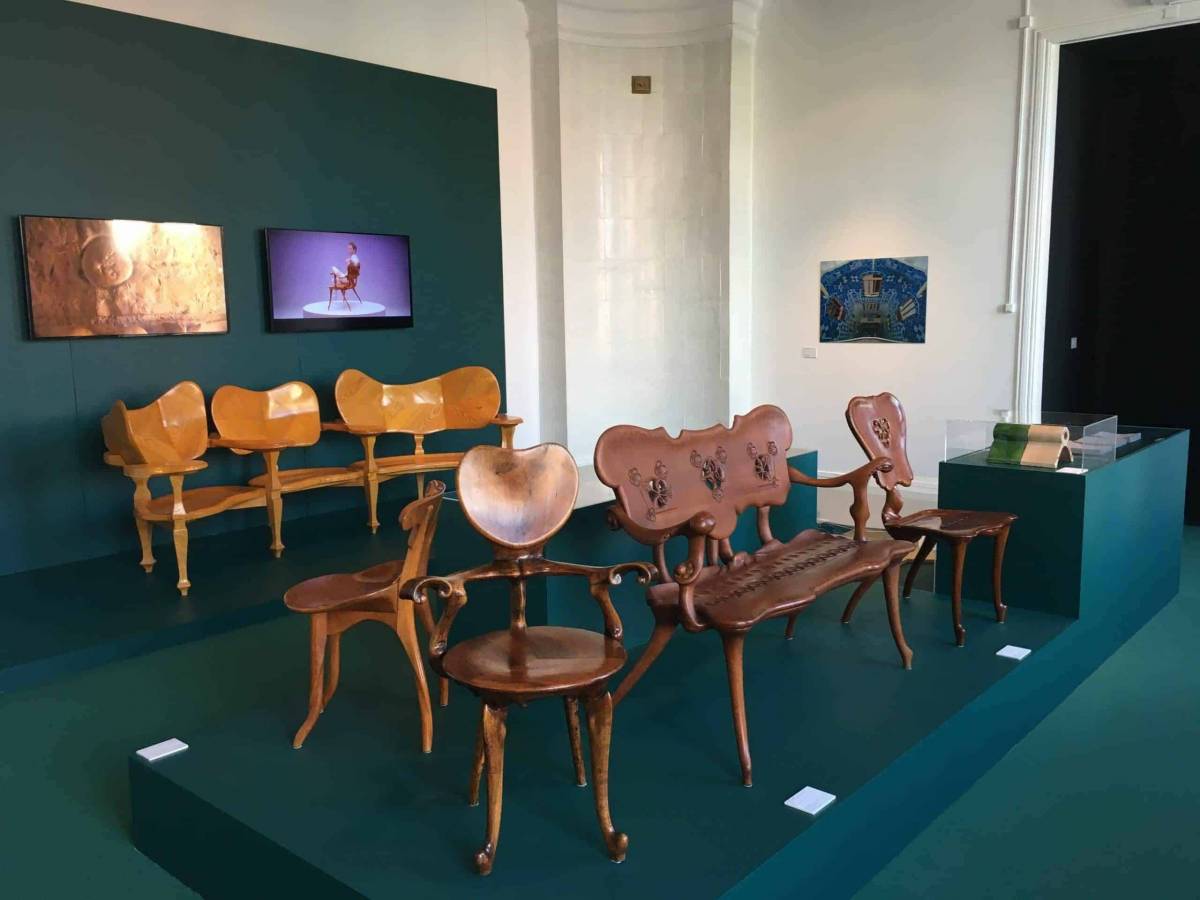