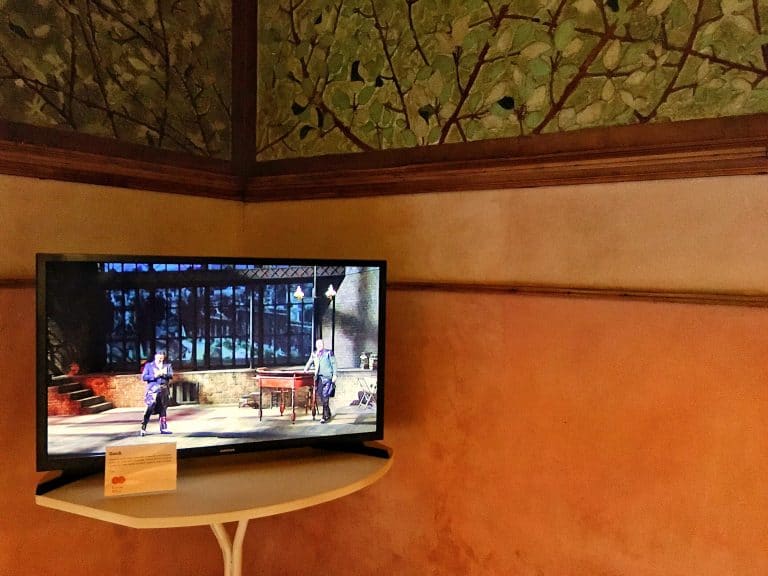 Through April 24, Gaudi’s first house is hosting the opera Gaudí, performed in 2004

More than 120 cultural institutions in Catalonia are participating in the project “Museums and Liceu: A Shared History”, in order to commemorate the 175th anniversary of the founding of the Gran Teatre del Liceu in 1847. As part of this project, each institution is featuring one or several works linked to the Liceu’s history: anything from paintings, photographs, dioramas or sculptures to instruments or the personal objects of celebrities linked to the Teatre. Through these pieces a dialogue is established between the Liceu and the space that hosts or displays them, since many of the pieces shown are part of the different venues’ collections.

Casa Vicens is presenting the opening scene of the opera Gaudí, from the libretto by Josep Maria Carandell and with music by Joan Guinjoan, which was performed at the Liceu in 2004. The work evokes the architect’s biography, also showing the social tensions of the late 19th and early 20th centuries. In particular, the first scene shows Gaudí chatting with Alexandre, a character who, as a patron, points out the possibilities offered by the new Barcelona after the removal of the city walls. Gaudí, meanwhile, reacts somewhat sceptically about the social conflicts taking place at the time.