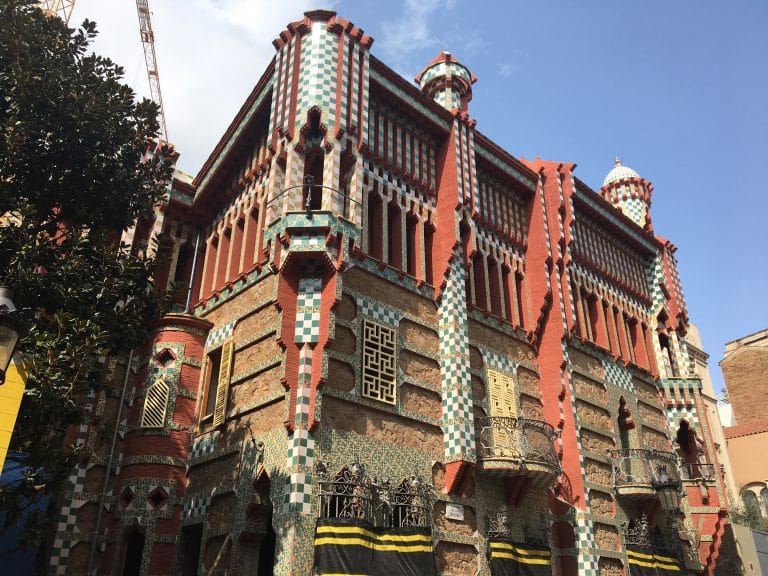 Throughout its process of restoration, Casa Vicens has been in touch with other European organizations that focus on the conservation and promotion of architectural heritage. During this period, it has forged a particularly close relationship with the Cercle Guimard, a Paris-based organization devoted to the preservation and promotion of the work of Hector Guimard and Art Nouveau heritage in general that besides being a short cosmopolitan hop from Barcelona shares the stylistic and conceptual concerns of the team at Casa Vicens.

Following an initial round of discussions between the two institutions centered on identifying areas in which they could collaborate in the future, representatives of the Cercle Guimard travelled to Barcelona to visit Casa Vicens. Director of Public and Institutional Relations Mercedes Mora and director Joan Abellà were on hand to welcome them and give them a personal tour of the premises. This encounter allowed the visiting delegation to learn more about the history and unique architectural facets of the first residential building designed by Gaudí in Barcelona. Frédéric Decouturelle, treasurer of the Cercle Guimard, subsequently described their experience in a post he wrote for the Cercle’s blog.

During this mutually rewarding visit, professionals at Casa Vicens learned more about the history and activities of the Cercle Guimard, which since its founding has done much to heighten public visibility and awareness of the artistic value for Hector Guimard’s work.

Guimard’s reputation as one of the most foremost proponents of nineteenth-century Art Nouveau (modernisme) rests on his authorship of buildings such as the Hôtel Guimard, Hôtel Jassedé, and the Castel de Béranger and the entrances he designed for the Paris metro system still so associated with that city. The Cercle Guimard was founded to promote appreciation of the legacy of Guimard, whose work shares numerous sources of inspiration and stylistic affinities with that of Gaudí.