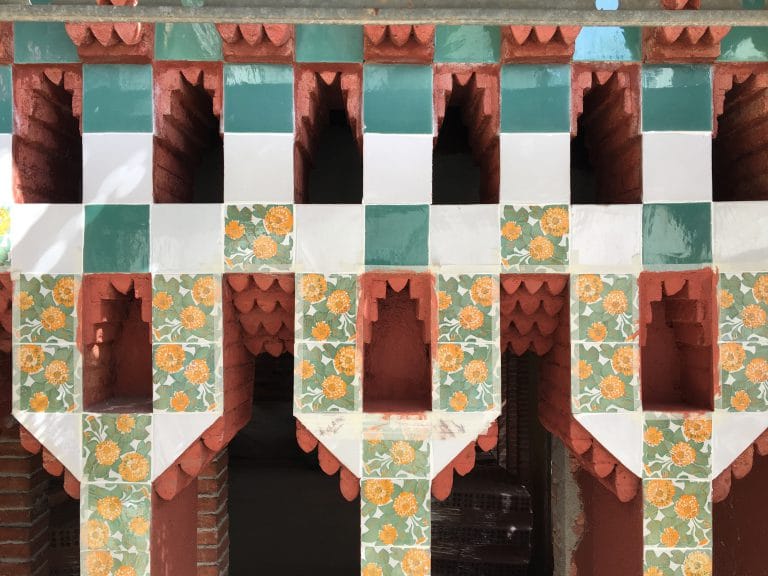 If we take a leisurely stroll down the calle de les Carolines in Gràcia, we will suddenly find ourselves looking up at Casa Vicens and its multitude of ceramic tiles, colors, turrets, and arches. At first glance, it isn’t a building that our untrained eyes would be likely to associate directly with Antoní Gaudí. Its medley of towers, arched windows, and fanciful shutters immediate transport us to distant, exotic places.

The forms of which Casa Vicens is composed are very different from those we are accustomed to seeing in other buildings designed by Gaudí. Casa Vicens is considered to be example of what is referred to among the various stages of Antoní Gaudí’s architectural career as his orientalist period (1883-1888).

While a student at the Escola Provincial d’Arquitectura de Barcelona, Gaudí had the opportunity to view and study prints, photographs, and treatises on ornamentation, the architectural language of buildings and other structures in Egypt, Morocco, and India, and the Islamic architecture of the Iberian Peninsula—particularly the exemplars found in Cordoba, Granada, and Seville. The roof lanterns, skylights, and minarets, as well as the profusion of ceramic and ornamental features typical of the architecture of these foreign countries, formed part of the architectural vocabulary Gaudí absorbed during his studies.

The School of Architecture’s collection of photographs by Jean Laurent, which Gaudí had access to and according to his notebook studied in detail, attest to his familiarity with these sources of knowledge. If we compare one of Jean Laurent’s archive images 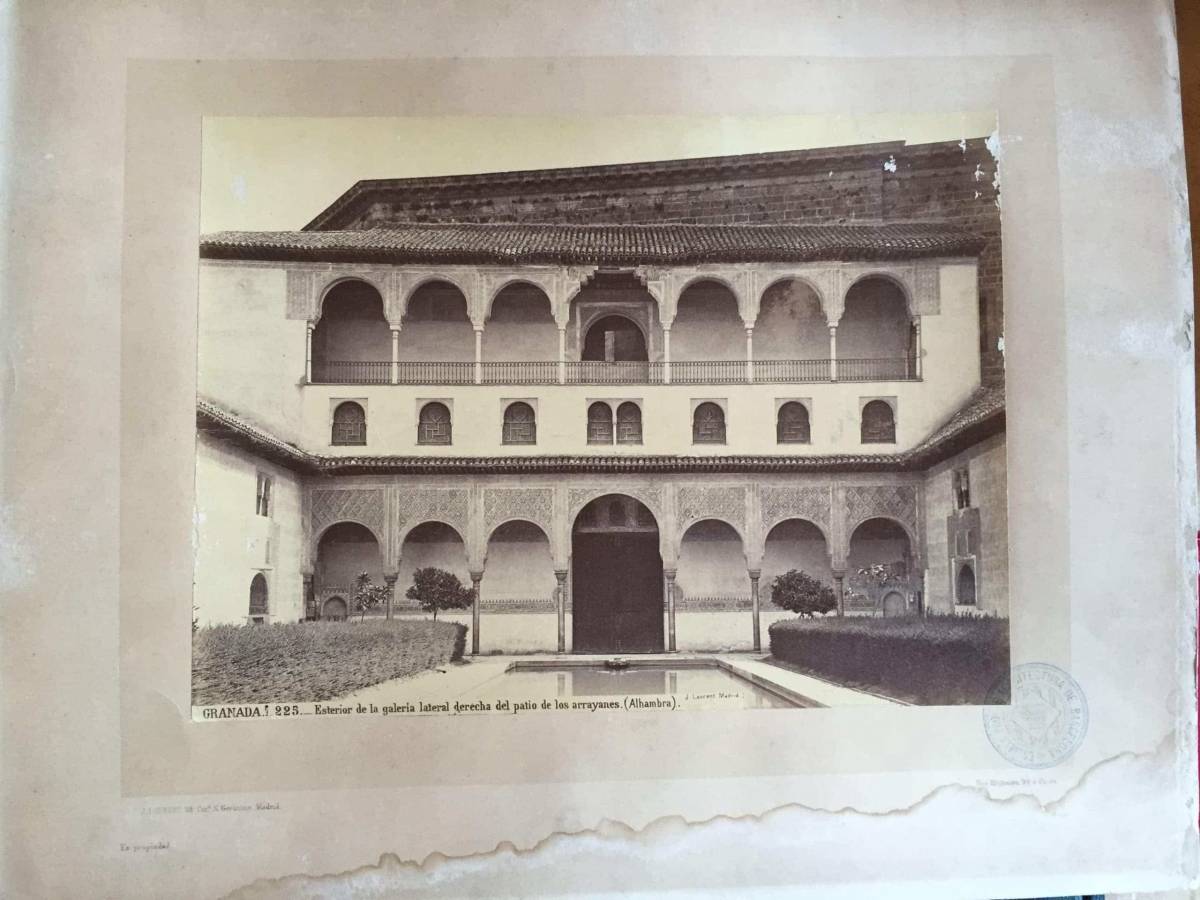 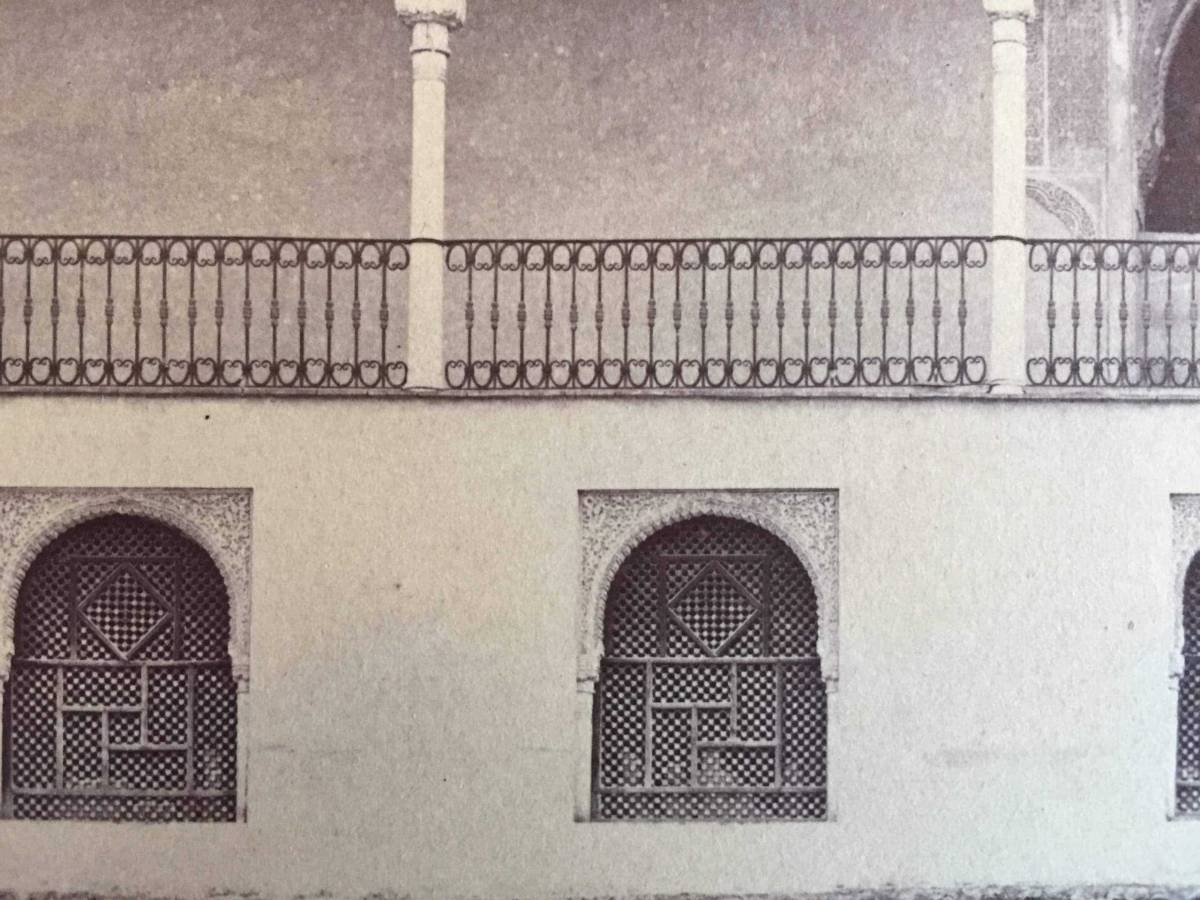 to aspects of Casa Vicens, such as the facade, we can quickly detect the influence of oriental architecture, above all in the towers and turrets situated on the various corners of the roof. 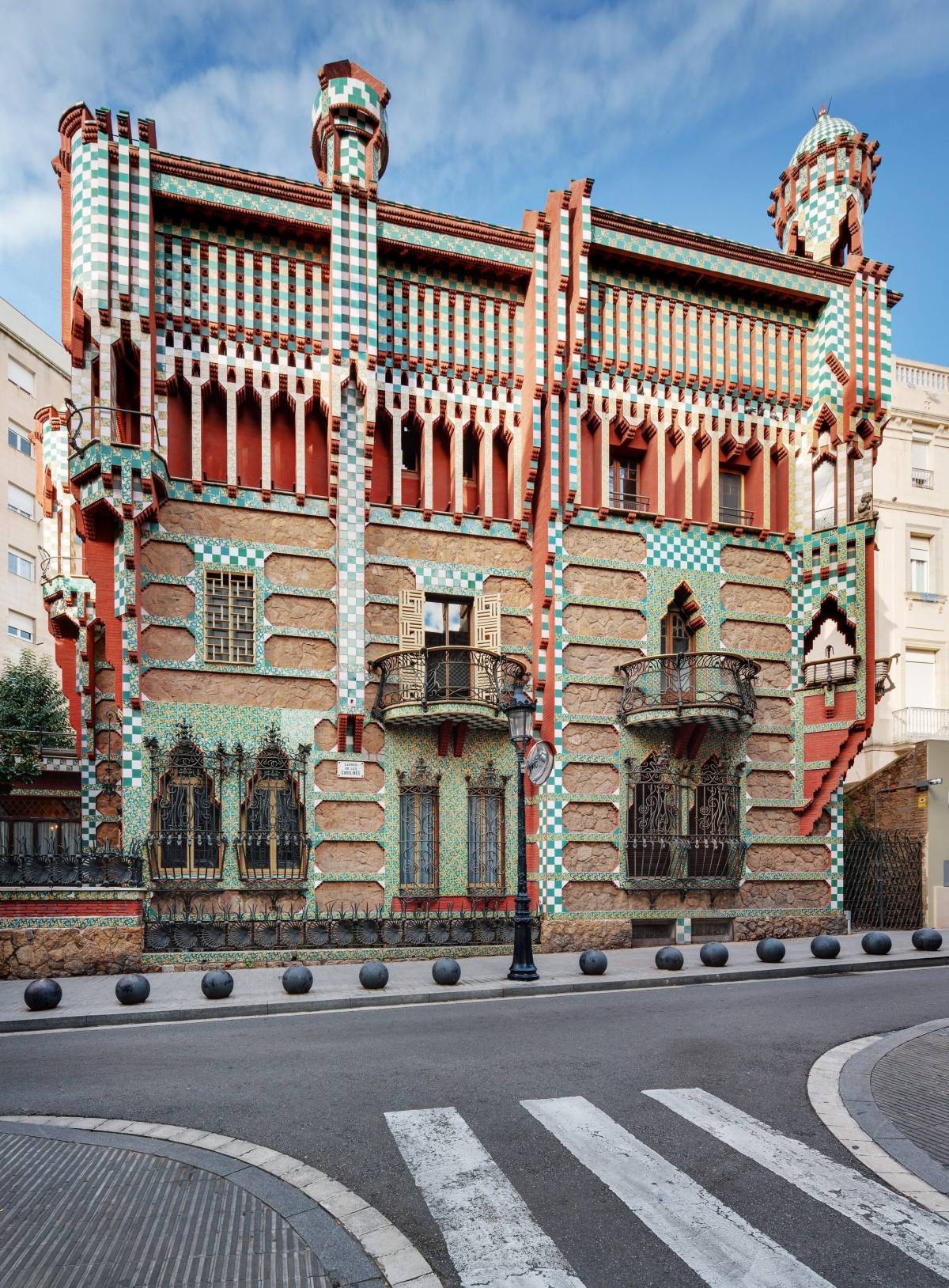 Gaudí drew inspiration from exotic schools of architecture in order to create an environment that would whisk his client Manel Vicens i Montaner off to a distant world that offered an atmosphere completely distinct from that of late nineteenth-century Barcelona.

Although the oriental influence is the most evident in Casa Vicens, we can not forget the classical influence that we find in the floor of different rooms of the Casa Vicens, with a Roman-style mosaic flooring of opus tessellatum (Greek and Roman composition made by incrusting tesserae, small pieces of stone or ceramic) that Gaudí used again in later works.