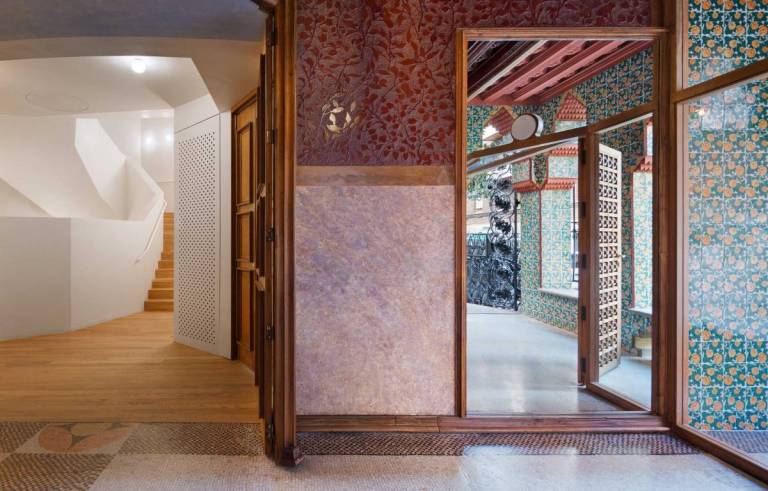 José Antonio Martínez Lapeña, Elías Torres and David García, members of the architectural team in charge of restoring Casa Vicens, have been named as finalists for 2018 FAD Awards, now in its 60th year, for their work on Gaudí’s first house. According to the jury, “the architects have proposed a comprehensive and very detailed restoration of Gaudi’s first work. In the middle of the house (expanded by one of his disciples with little devotion to the original), they have placed a beautiful, striking staircase, which reorganises the entire space and transforms the house into an interesting museum”.

The finalists and selected works will participate in an exhibit opening on 5 June and running until 14 October in Disseny Hub Barcelona. Casa Vicens will be represented with a 1:50 scale model and with different working materials used by the architects during the restoration project.

These awards are part of the 13th annual Barcelona Design Week, with a dual objective: to position Design Week as a major city event, and at the same time, to consolidate it on the international major design events scene.

This year the FAD awards will also celebrate its 60th anniversary. The awards were founded in 1958, created by Fostering Arts and Design and promoted by the architect Oriol Bohigas, to recognise the fruits of an incipient contemporary architecture that had started to be reintroduced as of 1955 and which would become very important in the world a few decades later.

Since then, year after year the FAD awards have been recognising the best architectural works in Barcelona, Catalonia and the Iberian Peninsula. And they’ve forged ahead on their own, persevering and overcoming all types of difficulties, becoming the oldest design awards in Europe and one of the most prestigious.