Gaudí and his concept of the house 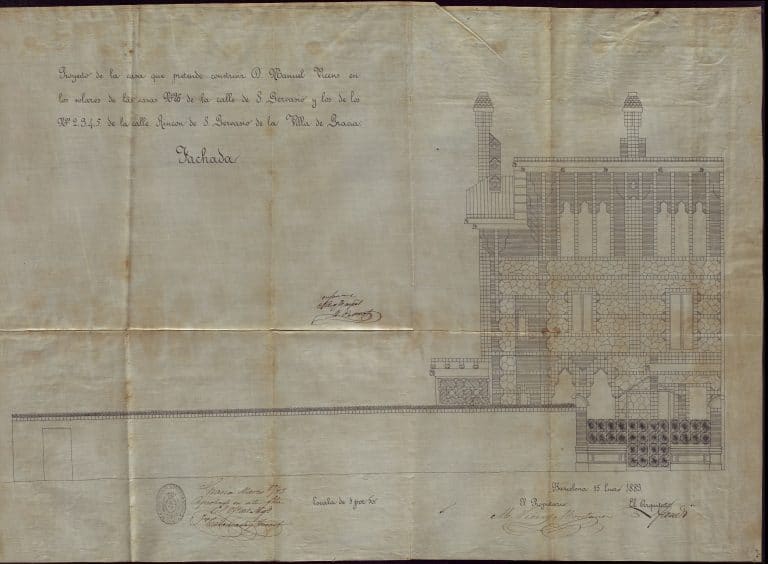 Thus begins one of Gaudí’s few surviving writings, a testimony of his thoughts on the house and the family. The title of the text is La casa pairal (The Manor House) and is found in the notebook called Manuscrit de Reus (The Manuscript of Reus), where the architect wrote down accounts and different thoughts about architecture and ornamentation.

Throughout his writings, we can clearly make out Gaudí’s idea of the house in a specific socio-cultural context, although he specifies that ‘the manor house is not only needed by a certain era or family, it is needed by everyone always’. Thus, the young architect reflects on the dimensions of the site, the way the rooms of the homes are used and other subjects. The article also sketches out the features of the ideal house, which finally take shape in Casa Vicens.

The main point of reference for the document is Barcelona, a city that at that time still had more people living in the unhealthy spaces within its old walls than in the new Eixample, whose construction was then in full swing. Thus, throughout the text Gaudí is critical of this project to expand the city and the speculation that it was creating. Instead, he defends the concept of the manor house, an isolated home and the space of the nuclear family, which provides much better conditions than urban dwellings.