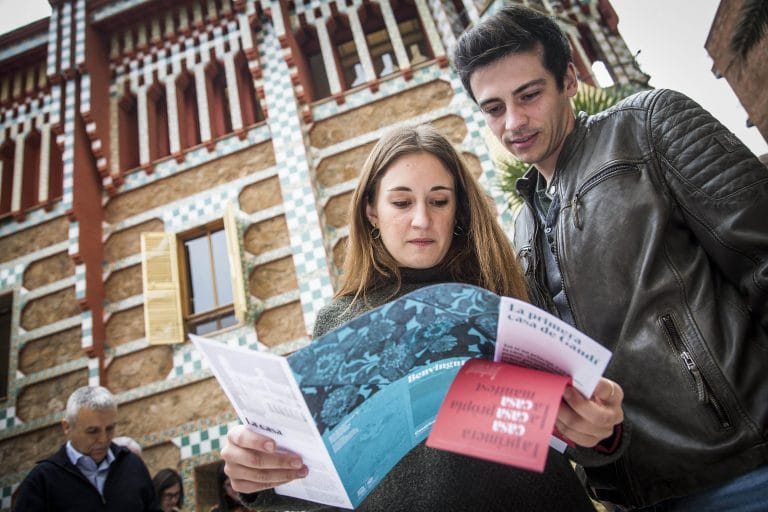 One hundred days have passed since Casa Vicens opened its doors, and we can attest that we are very satisfied with how the project has been received if we take a careful review. Whilst we made our dreams come true, our suspicions were confirmed: explaining a work by Gaudí rigorously, tactfully and unhurriedly was possible and necessary.

We wanted to explain the house person to person, in a close and personalised way, and we not only achieved that but saw that everybody is happy with it.

During the brief period of time in which the house has been open, we have been surprised to see that 40 % of the people who wanted to visit it are locals, which pleases us enormously. But we have also discovered an even more pleasant surprise, which is that 80% of the local visitors to Casa Vicens are from Barcelona and a large majority are our immediate neighbours in Gràcia. This gives us the strength to continue and confirms that we had to open this emblematic facility to people who live more directly near it.

Moreover, following the Tourist Impact Plan created with Barcelona City Council, the maximum influx that we had planned for at peak times was 550 people per day. Since we began, the average number of daily visits has been 330. This makes us happy both because we consider it a milestone and because it has had no negative impact by causing any inconvenience on public roads, but instead has done quite the opposite.

Be that as it may, after these 100 days we reaffirm our willingness to continue working to consolidate this model that rigorously and calmly gives everyone a closer look at the beginnings of Modernista architecture in Barcelona and the figure of Antoni Gaudí. Thank you very much for your trust and, once again, welcome to Gaudí’s beginning!