Who was Mr Vicens? 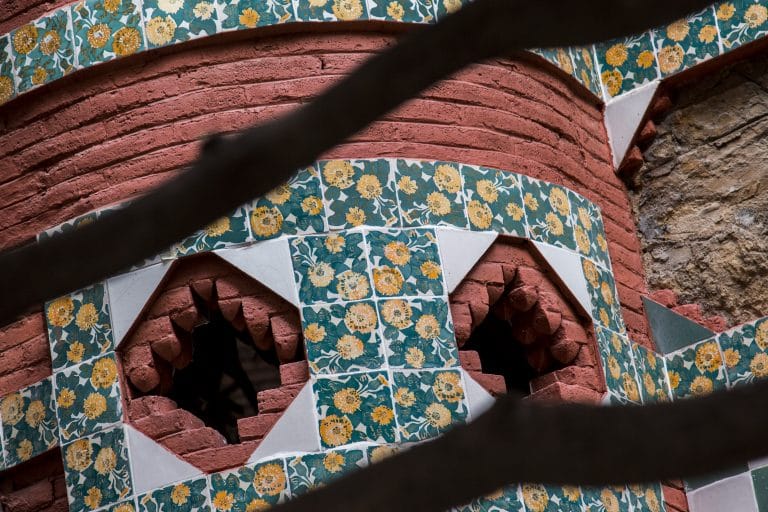 Not much is known about Manuel Vicens i Montaner (1836-1895). We know that he was the one who decided to build a new summer home on the property that he inherited from his mother Rosa Montaner Matas in 1877, but little else. Who was this man who lived in Barcelona in the 19th century and what did he do to make a living?

Thus far, the historiography of Gaudí has always referred to Manuel Vicens as the owner of an azulejo tile factory. Despite what has always been said, the primary sources reviewed when the house was being restored (testament, inventories, deeds of sale, etc.) mention him as involved in trading and as a professional stockbroker and currency dealer.

We also investigated the historical archive of the Trade Registry and have been not yet been able to find evidence that he owned a ceramic factory. Furthermore, oral sources from a direct descendant of the Vicens family to whom we had access denied that the alleged factory existed.

Moreover, it is important to add the discovery of a previously unknown document that sheds significant light on this question. The Municipal Archive of Esplugues de Llobregat holds a file on the Pujol i Bausis ceramic factory, whose 1885 inventory mentions Manuel Vicens i Montaner, of Gràcia, as owing 1,440 pesetas[1].

If Vicens were the owner of a ceramic factory, it seems strange that he would have had some kind of commercial relationship with the most innovative and important ceramic factory at the time, which in 1883 was producing the colours ‘Gaudí yellow’ and ‘Gaudí green’, according to the documents found in the archive. Therefore, this new documentary evidence, along with all the other data, prompts us to discard the original notion and make way for a new interpretation based on the documentary evidence known thus far: Manuel Vicens i Montaner, a resident of Barcelona, was a stockbroker and currency dealer.

Therefore, the glazed ceramic used as cladding for Casa Vicens, which very likely came from the Pujol i Bausis factory in Esplugues de Llobregat, was not representative of the client’s business, but resulted from Gaudí’s concept of architecture and creative will, adding colour to the façades and both following and reviving classical tradition.

Having cleared up the matter of what Manuel Vicens did for a living, we can raise another, more important question. What were the links between him and Antoni Gaudí? Did they have any kind of personal relationship? Why did Vicens commission him to build his house in Gràcia?

As of yet we have no definite answer to these questions, since nobody has yet found any documentary source showing a direct link between Gaudí and his client, such as a conserved record of correspondence between both men, for example.

Our hypothesis is that Vicens and Gaudí frequented certain associations and organisations in Barcelona in the final quarter of the 19th century and met in that environment.

This was the time of La Renaixensa, the Centre Català, the Ateneu Barcelonès and the Associació Catalanista d’Excursions Científiques, where major businessmen like Eusebi Güell gathered with writers, architects and artists such as Francesc Torrescassana and Heribert Mariezcurrezna, all later connected to Gaudí’s work and to the history of Casa Vicens.

[1] The year 1885 is also when historiographers believe that Casa Vicens was finished. We discussed this issue in greater detail in an earlier post on this blog.