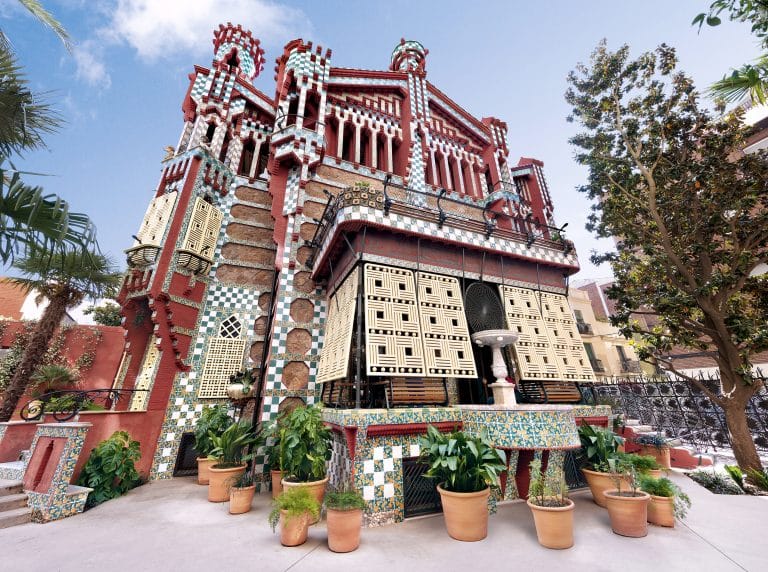 “A house is the family’s miniature nation.

The family, as a nation, has a history, exterior relations, changes of government, etc.

An independent family has its own house; the family that is not, rents a house.

An owned house without a family is unthinkable; a rented house can only be thought of in this way.

A family house is called a casa pairal (ancestral home). Given the name, who cannot bring to mind a fine example of one in the country or the city? The desire for money and changes in customs have eradicated most of the casas pairals from our city. The ones that are left find themselves in such an parlous and deficient state that they will soon be finished.

The need for a casa pairal is not restricted to a certain time or family; it has always been the need of everybody.

The independence of a dwelling, well orientated and with the abundance of air and light that urban dwellings usually lack was looked for in the infinity of houses in the suburbs; resulting in a strange situation where most families have two rooms in their dwellings (and what is even stranger is the one that is better equipped is the one that is least used).

In order to find these qualities, the inhabitants of foreign cities do not hesitate to move away from the centre; in fact they are enabled to do so by many means of communication, which, fortunately, we are also beginning to have.

Taking into consideration the means we have at our disposal, we can posit a true family home, and by combining an urban dwelling with a large house, the family home (casa pairal) is born. So for instance, let’s think of a house, neither large nor small, what one might call normal; by enriching it and enlarging it, it becomes a palace, while by making it smaller and economising on materials and decorations, it would be a modest dwelling for a comfortably-off family.

Let’s imagine a piece of land in the Eixample, large enough for the owner’s purposes, in an area that is more or less upper-class depending on the owner’s fortune and standing, surrounded by a wall enclosing the garden that is high enough for it not to be seen from the street, topped by an ornamental parapet. A small loggia by the gate interrupts this top part. Within the grounds, to one side, is a long ramp, a driveway for carriages, in front is a flight of steps, from the top of which is seen the garden and, through the poplar and plane-tree leaves, the house. The rooms, grouped depending on the requirements of their orientation, make up a pleasing ensemble. The large windows of the bedroom look towards the east; the office and the living room to the south; the winter dining room and the visitors’ parlour to the west; and to the north, the summer dining room and sundry rooms. Separate from this ensemble, and in the same way, there is the kitchen and its attendant rooms. From between the bedroom and the study, shaded by acacias and laurels, appears a porch adorned with terracotta pieces where the local sparrows make their nests. At the opposite corner, a conservatory of iron and glass, a winter garden that communicates with the rooms for visitors and which can be used as a function room for large family gatherings. Inside, everything speaks of unpretentiousness as a matter of course and is guided by good taste, while needs and comforts are fulfilled as obligations. Everything is consistent. There are to be found examples of family memories, historic deeds, legends of the land, the subtle thoughts of our poets, the sights and scenes of Mother Nature; everything that has meaning and value.

All things considered, the house that we envisage has two objectives: firstly that, due to its conditions of hygiene, it causes those who are raised there to grow up to be strong and robust; and secondly, due to its artistic surroundings, equip them with, as far as possible, our proverbial honesty of character. In a word, to turn the children who are born there into the authentic children of a casa pairal.”