This year, like every year, Casa Vicens will celebrate the Santa Rita festival with the neighbourhood of Gràcia 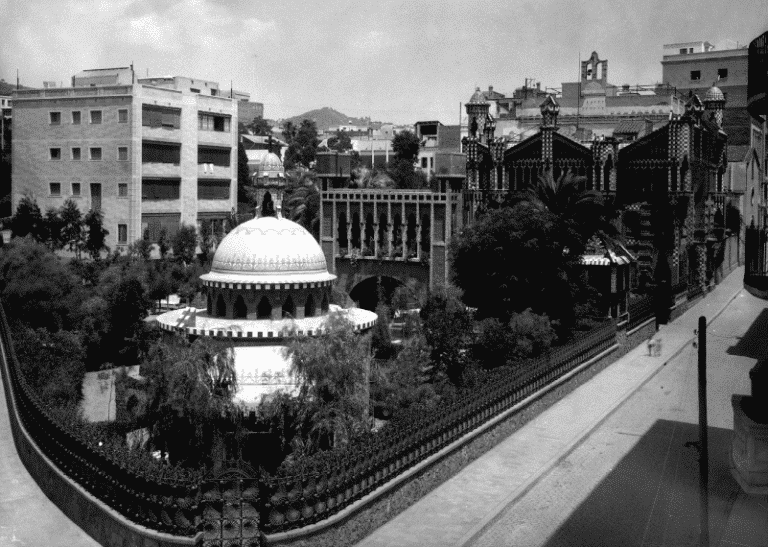 As we explained las year in this blog, many people from the neighbourhood of Gràcia remember how, year after year, the doors of Casa Vicens were opened to adore Santa Rita, bless roses and pay homage to the saint. This year will be the first time that this day is celebrated with the house open to the public, but the house retains the firm commitment to maintaining the tradition that the previous owners established in the neighbourhood.

The Herrero-Jover family, which lived in the house from 1899 to 2014, started to open the garden’s doors each 22 May in order to follow the tradition. Years ago, the neighbours came to Carrer Carolines to celebrate the day of Santa Rita and to drink water from the natural mineral-medicinal water spring located where the corner of Avinguda Príncep d’Astúries and Carrer de les Carolines is today.

The origin of the tradition dates back to the second half of the 18th century. At the time in this place there was a house of convalescence of the Discalced Carmelite Friars of the “Josepets” convent in today’s Plaça Lesseps. Surprised by how quickly the people who drank from the water spring recovered from different pains, they dedicated the site to Santa Rita, the patron saint of impossible causes. In 1886, its carbonated waters were declared to be of public use and they started to be sold. Later, in 1927, a new chapel was built precisely where the spring was. This chapel was included in the space that at the time was occupied by the Casa Vicens estate.

In 1946, however, the Jover family put several parcels of the garden up for sale and the estate was separated. With this division of the land, the chapel of Santa Rita was separated from the rest of the house, and in 1963, with the sale of the parcel where it was located, the chapel was demolished to build a large block of buildings.

In spite of the church’s disappearance, Santa Rita remains in the neighbourhood’s collective memory through the name of certain establishments and a good number of neighbours named Rita in honour of the patron saint of impossible causes. Additionally, after Gaudí’s first house was rehabilitated, converted to a museum and opened to the public, Casa Vicens still pursues the objective of continuing the tradition and establishing this date as a special day so that the neighbourhood can pay homage to the saint.

This year, the activities which will take place on Tuesday, 22 May, are:

11:00: the mass of Santa Rita and the blessing of roses in the church of the Daughters of Charity of Saint Vincent de Paul (Carolines, 12).**

12:00: blessing of roses in the garden of Casa Vicens. 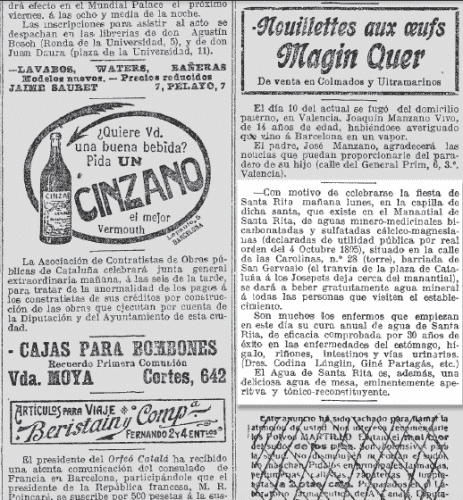 * The proceeds of the sale will go to Gràcia Solidària, a platform which groups together 18 international cooperation entities which are responsible for developing healthcare, education, welcome, nutrition and schooling projects in 20 places around the world.