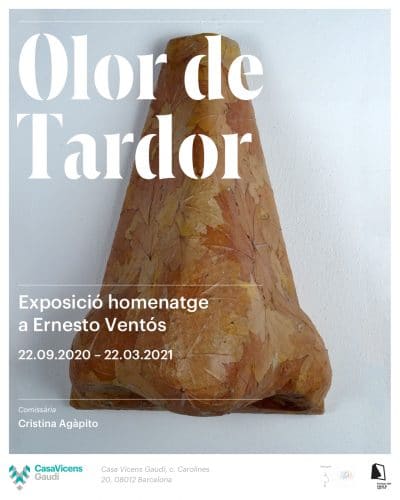 At a difficult time for the cultural sector, Casa Vicens is celebrating the arrival of fall with a temporary exhibition of works by Ernesto Ventós. The exhibition in his honour, initially scheduled to open in the spring, had to be adapted to the circumstances and restrictions and, in the end, is dedicated to the fall.

The exhibition “Olor de Tardor” (The Scent of Fall, in English) is not coincidental. It reflects the relationship forged back in 2018 between Casa Vicens and Ernesto Ventós, when the perfumer created scents for each of the rooms in Gaudi’s first house, a creation that could be enjoyed through a guided olfactory tour. Although it is not currently possible to enjoy these olfactory works of art, Casa Vicens is paying tribute to Ernesto with what will be his third exhibition at this World Heritage site. During the Christmas season in 2018 and 2019, it was possible to view several works in dialogue with the house. The first year, in dialogue with the indoor rooms, and last Christmas with works located in the Casa Vicens garden. That was the last exhibition of Ernesto Ventós’ work while he was alive and now, in this house that was so special to him, his pieces dedicated to the fall will be on display from September 23, 2020 to April 18, 2021.

This time, the exhibition will be in the temporary exhibit room found on the first floor and includes a total of 25 pieces created by Ernesto Ventós focused mainly on autumn. In “The Scent of Fall” we find wood, chestnuts, dry leaves, moist earth; the fall in all its splendour is revealed in this exhibition like an invitation to abandon ourselves to its scents and colours, transporting the visitor to faraway memories, places and moments. In the words of Cristina Agàpito, Art Director of the Ernesto Ventós Foundation and curator of this exhibition, “the sensory connection that Ernesto had with this house was very special. Ernesto’s sensitivity allowed him to smell works of art before looking at them and Casa Vicens fascinated him.”

About the Ernesto Ventós Foundation

The Ernesto Ventós Foundation was established in order to popularise the artistic experience through a sense that we often underestimate: smell. Its founder, the perfumer Ventós, deaf from childhood, inhaled artworks’ scent instead of looking at them. He was a renowned professional creator of scents from Barcelona, who throughout his lifetime developed his olfactory capacity to an extraordinary degree, giving this sense a privileged place in his personal experiences. This meant that for him, “smelling is living”.

Ernesto Ventós’ development of great artistic feeling also turned him into a creator of art. The nose is NASEVO’s star; it appears in any element he created, colourful and striking, even in his artistic name (NAS – the organ associated with the sense of smell, EVO – his initials). Thus, his artwork full of noses becomes essence, with touches of surrealism and Dada. 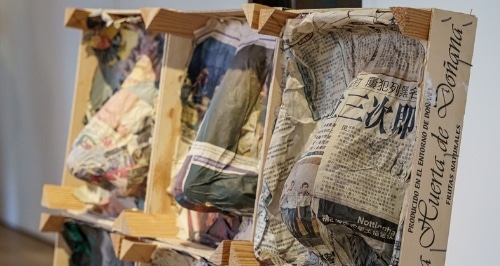 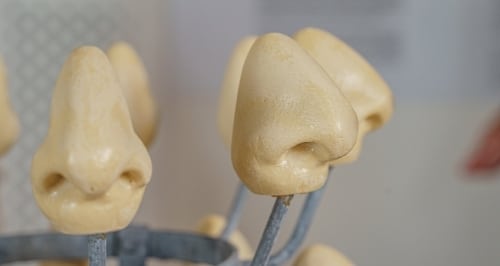 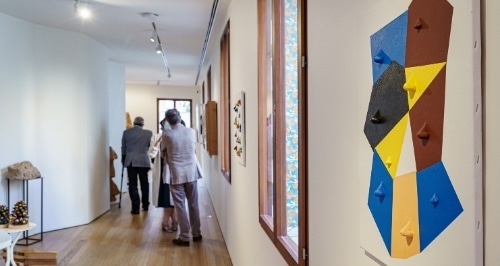 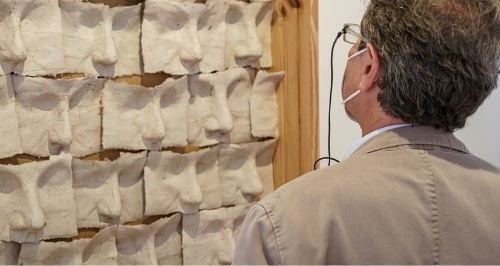