Our most delicious visit!

What does entrance include?

Casa Vicens, Gaudí’s first house and the architect’s first important work, makes one of the key pieces of Antoni Gaudí’s artistic trajectory available to visitors: the work which marked his point of departure, an architectural jewel declared a World Heritage Site by UNESCO in 2005.

Built between 1883 and 1885 on a commission by Manuel Vicens, Casa Vicens is one of the first masterpieces of Catalan Modernisme, an anticipation of Gaudí’s later works, and a vivid example of the currents of aesthetic revival traversing across Europe at the end of the 19th century.

Come learn about our most unique architect’s first house and enjoy a delicious cinnamon roll.

Don’t miss out on the opportunity to discover Gaudí’s origin! 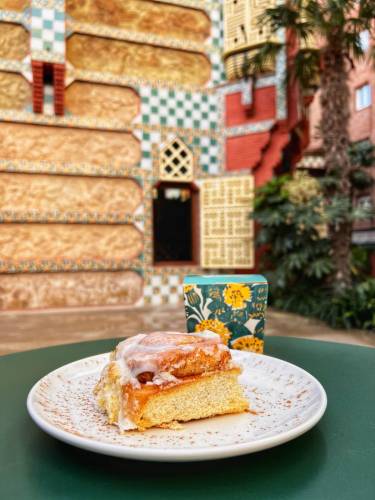