#LaCasaPerATothom, Casa Vicens’s first act of CSR with the Catalan Down Syndrome Foundation 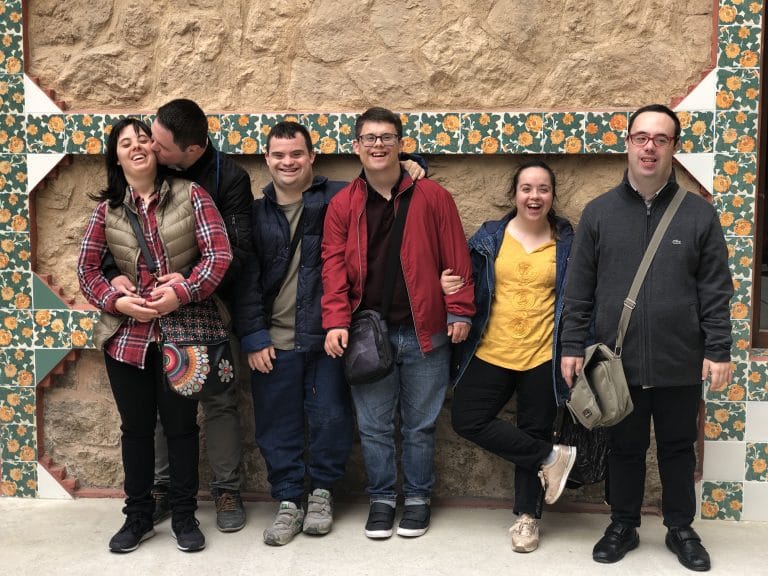 Thursday, 21 March is World Down Syndrome Day. Although these people’s participation in society is being seen as more normal every day, we still need to give visibility to their real inclusion. This is why we at Casa Vicens began our Corporate Social Responsibility programme with #LaCasaPerATothom (The Casa [House] for Everyone), which donates 20% of the proceeds from our ticket sales on 21,22,23 and 24 March to the Catalan Down Syndrome Foundation.

Known as an architect of genius, Gaudí had a difficult childhood due to problems with rheumatism. And yet he discovered how to turn this hardship into a virtue by conveying everything he had learned by observing nature in his architecture, even saying: “The great book, which is always open and which we have to make an effort to read, is the book of nature”. The creativity and audacity that Gaudí expressed in Casa Vicens at just 30 years of age, innovating in styles and in the use of materials, can also be seen in the art work of the participants of the “Espai d’Art” (Art Space) of the FCSD, the project to which the proceeds will be given in order to encourage creativity in people who benefit from the foundation through personalised support that respects the interests and tempo of each participant.

Our first act of CSR supports one of the values of our house-museum: local engagement. Casa Vicens is a living institution that is not merely involved in its immediate surroundings in the neighbourhood of Gràcia, but is also engaged in every way by welcoming small groups of visitors and explaining the features of the entire house to them while always keeping the excellence of the project in sight.

We at Casa Vicens fully believe in the enrichment of society through diversity and multiple capacities, which is why this will not be our only act of cooperation with the FCSD, as the general mangers of both institutions, Emili Masferrer and Katy Trias, will seek out other opportunities to work together in the future.

We encourage you to participate in this act of solidarity, #LaCasaPerATothom, by purchasing your tickets between 21 and 24 March.