Casa Vicens: the first anniversary of the first house built by Gaudí 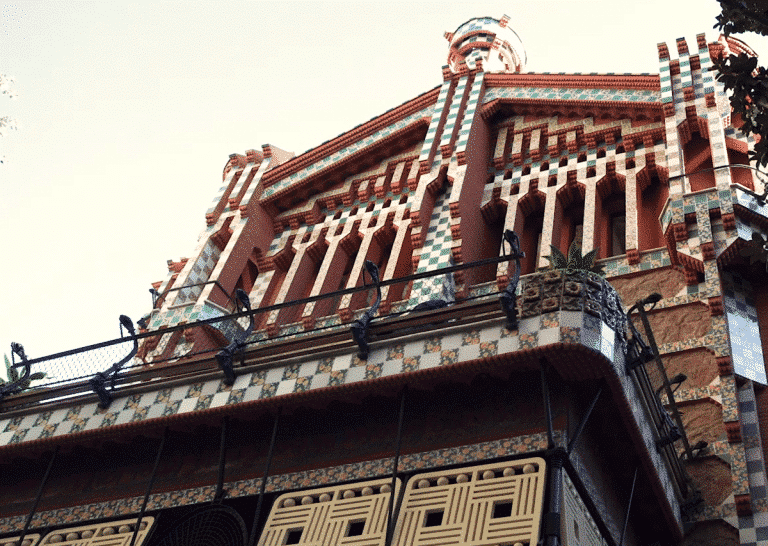 On 16 November 2017, Casa Vicens opened its doors to the public for the first time. It was a year full of firsts: our first Christmas, our first Sant Jordi (Saint George’s Day), our first local festival for the district of Gràcia and more.

Our daily activities have show us how to manage this World Heritage as efficiently as possible and have revealed its internal needs, but also the needs of the neighbourhood where it is located. And all this without ever losing sight of the project’s values: discovery, creativity, audacity, excellence and proximity.

In this first year, Casa Vicens’ commercial strategy has focused on the immediate environment. That said, it should come as no surprise that most of the nearly 43,000 people who have come to see the first great work by Antoni Gaudí have been locals or residents of the rest of Spain.

The most numerous of our other European visitors were French (8,800), followed by Italians (8,600). Visitors from the United Kingdom came in third place (4,265).

In addition to the cultural visits, we have invited people to come and visit Casa Vicens for the Santa Rita festivities, during Barcelona Museum Night as part of the local festival for the district of Gràcia, during the Open House (architecture festival) and during two art fairs: Barcelona Gallery Weekend and LOOP.

The audacity of Casa Vicens lies in its origin: Antoni Gaudí’s unique conceptualisation that fuses styles and dares to innovate architecturally. This audacity, this daring, this entrepreneurial spirit is what our team taps into every day when we plan our actions, from a tour of Casa Vicens full of scents and aromas to 3D paper workshop for families inspired by the towers and our characteristic flower, the carnation.

Being listed as UNESCO World Heritage involves rigour at all levels. This year, we have continued to research the origin of Casa Vicens, restoring rooms and coordinating activities whose implementation required excellence.

This excellence is also clearly reflected in three other aspects: in the professionalism of the guides and informers, widely versed in Gaudí’s life and work and in the history of Casa Vicens; in the content provided and in the new tour of scents and aromas designed by the perfumer and collector Ernest Ventós; and last but not least, in the presentation of a series of architecture-related talks focused on the first houses designed by contemporary architects with renowned professionals from sector.

TIME magazine has echoed this excellence, recognizing Casa Vicens as one of the world’s 100 greatest places to visit in 2018.

We have taken the context and environment of the Gràcia neighbourhood into account from day one. Before opening to the public, we designed a tourism impact plan in order to minimise the effects of Casa Vicens’ activity. This is why managing visitor flows, our opening hours and respect for the surroundings have been and will continue to be priorities for Casa Vicens.

We also want to be close by sharing knowledge, whether by providing a series of talks on architecture or in a more contemporary format like Instagram Stories through a contest similar to the Alphabet Game.

Now is the time to continue innovating and providing a unique and unforgettable experience to everyone who has come to enjoy this first house, whether to take a tour or as part of an event. We are working hard to develop the future educational programme, which we will unveil in the first quarter of 2019, and we will continue working to tell the world about the first house designed by Gaudí, which is essential for understanding the master’s architectural language and the development of Modernisme.