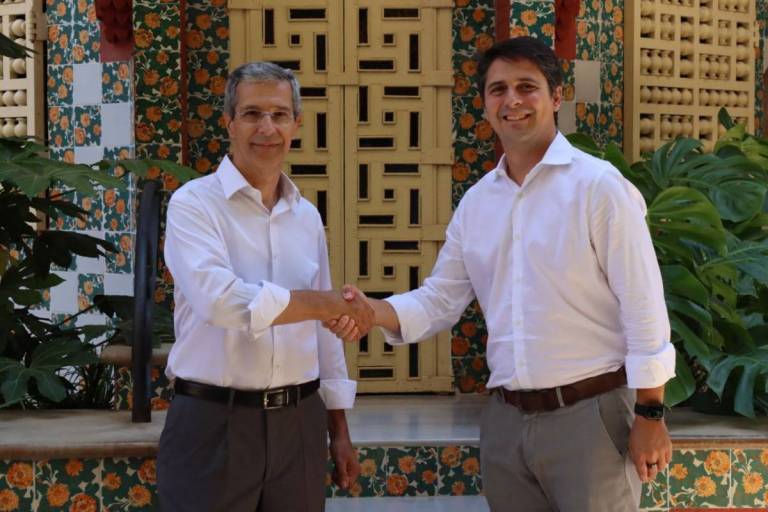 Gaudí’s first house is continuing its support for the neighbouring environs of the Vila de Gràcia, in this case as main sponsor of the neighbourhood’s women’s team

Gaudí’s first house is sponsoring Club Esportiu Europa again, for the 2022-2023 season. On this occasion, and for the first time, it will support the team by sponsoring the CE Europa women’s team that plays in the Second Federation, in the Northern Group.

The football season, which begins this Saturday, will bring the Gràcia team face to face with teams such as Zaragoza, Racing, Real Madrid B, Espanyol B or Atlético de Madrid B.

Casa Vicens wanted to continue supporting the Vila de Gràcia club for another season, so the president of the European club, Víctor Martínez, and the director of Casa Vicens, Emili Masferrer, recently signed the renewal of the sponsorship agreement. In the words of the director of Casa Vicens Gaudí, “This season we want to continue supporting this hundred-year-old sports club and we are doing so by sponsoring the women’s football team, which, with its recent ascent, has a great challenge ahead this season”.

With this agreement, Gaudí’s first house and Club Esportiu Europa are linked for the 2022-2023 season, to reinforce the values of both institutions through creative local actions.