Casa Vicens Gaudí is filled with Romanticism and flowers this Christmas 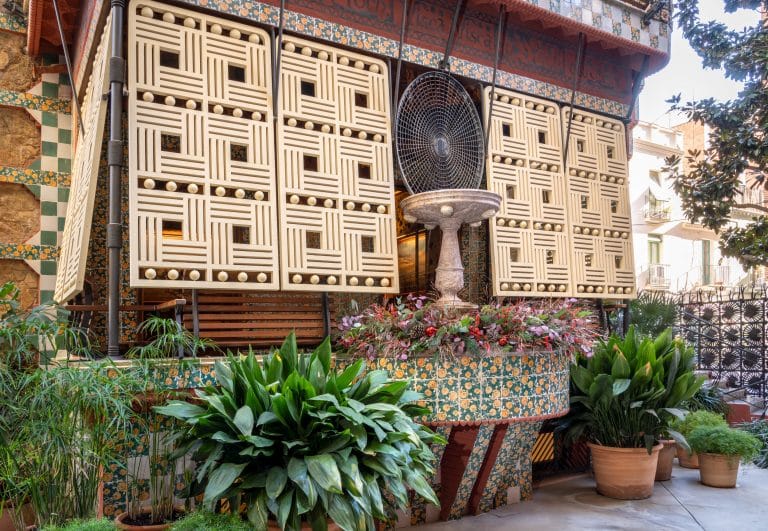 From December 15, 2021 to January 7, 2022, during your visit to Casa Vicens you will be able to enjoy four artistic displays featuring Romantic Era greenery.

This year, Gaudi’s first house recovers the essence and warmth of Christmas with floral displays created using traditional materials and typical Christmas colours: green, red, copper and natural brown. Floral swags and wreaths will surprise those who come to visit this UNESCO World Heritage site through January 7; some displays can be seen from outside, on Carrer de les Carolines, but others are located inside Gaudí’s rooms.

The flower displays were created under the direction of Daniel Santamaria, Director of Innovation at the School of Floral Design of Barcelona, and executed with the participation of students from the school. In the words of Daniel Santamaria, “we wanted to evoke the Romantic style that prevailed after the Baroque period, where majestic floral decor prevailed.”

Children’s workshop together with the Fundació Antoni Tàpies

On December 28 and January 4, a children’s workshop will be held to explore the architecture and stories hidden within two unique Barcelona buildings: Casa Vicens Gaudí and the former publishing house Montaner y Simón, by Lluís Domènech i Montaner, current headquarters of the Fundació Antoni Tàpies. The workshop will have two sessions: the first at Casa Vicens, which will include a visit to the house museum, where participants will learn about how the carnation tiles by master craftsman Manel Diestre were made. The second session will take place in January 2022 at the Fundació Antoni Tàpies. It will include a tour of the building, followed by a game of “messy table”, which involves cutting and pasting photographs, drawings and letters to make collages with which to decorate the box that will hold the tile made at Casa Vicens.