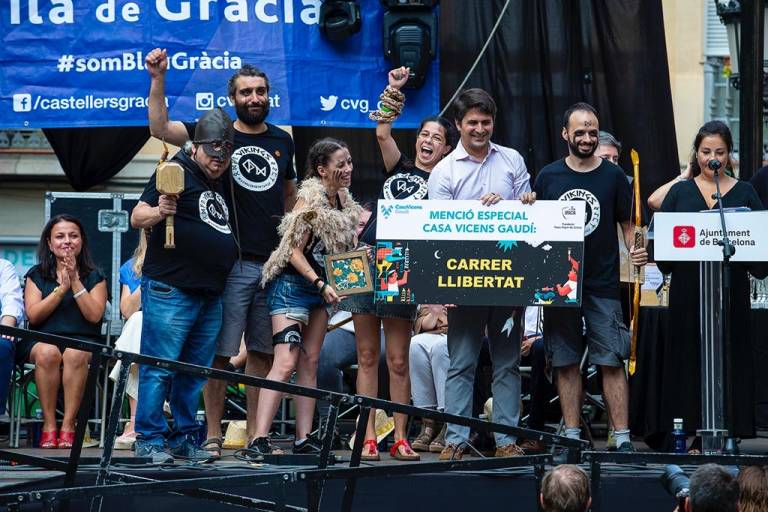 For the first time, Gaudí’s first house has awarded a prize in the well-known street decoration competition that is part of the Festa Major de Gràcia.

During the street decoration competition award ceremony, which took place yesterday afternoon in the Plaça de la Vila de Gràcia, the Casa Vicens jury awarded its prize to Carrer de la Llibertat street and its Viking theme. As they expressed during the presentation, “for the spectacular quality of the staging, for the historical accuracy and for the artistic quality of the decoration details that give the visitor a doorway into this civilization, we have decided to award Carrer de la Llibertat street the first edition of our prize”.