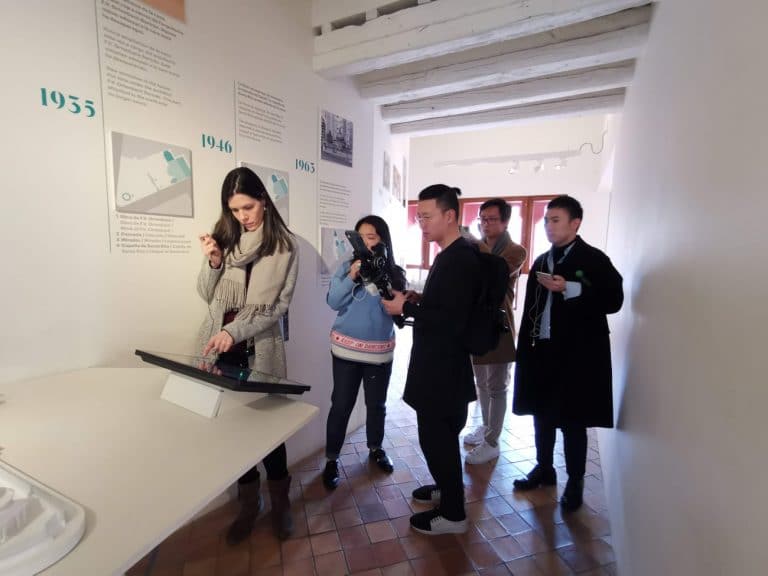 The expansion of the coronavirus is a reality that has also affected the world of tourism and cultural institutions. Amongst the effects of COVID-19, we can observe a clear decline in tourism, as a precaution or travel cancellation. But also in the news is the temporary closure of museums such as the Louvre in Paris, monuments such as the Duomo in Milan or the temporary suspension of visits to Mecca and the Medina.

In China, due to mandatory quarantine, some cultural institutions have chosen to open their doors online and offer a greater amount of digitized content from their collections. They have even created a website where you can view the exhibitions online.

For its part, the search engine par excellence, Baidu, through the Baidu Baike Digital Museum project and in collaboration with SIG Group Holding, has launched a series called “Moving Civilisation” with live transmissions. The series goes out on Saturdays and Sundays at 8pm and will feature a total of six episodes. The star of the premiere of this digital series was Casa Vicens Gaudí in Barcelona’s Gràcia neighbourhood. For an hour last Saturday, February 29, the spectators were able to tour Gaudí’s first house with Communications Manager, Pilar Delgado, and the presenter Sofia Liu, who also acted as bilingual interpreter for the audience, most of whom connected from China. Through fluid dialogue with questions, answers and explanations about Gaudí’s architecture, more than 600,000 online visitors were able to discover this house that had been closed to the public since 1885 to 2017, and which opened its doors as a house museum.

Casa Vicens values participation in this project very positively, which it sees as being very much in line with their interest in bringing Gaudí’s first house closer to the Chinese audience, one which is growing in terms of number of visitors. “In 2019, we had 163,096 physical visitors, but the broadcast through the Baidu Baike Museums Project has already had more than 600.000 visits, so you have to think digitally and rethink cultural consumption without losing quality of content”.

For her part, Shelley Tsang, president of SIG Group Holding and co-organizer of Baidu Baike Museums Project Live Streaming, stated that “it is a great honour for us to share the first broadcast of “Moving Civilisation” from Casa Vicens”.

The second of this season’s episodes took place at the Barcelona Wax Museum and soon the remaining four will be recorded and announced on the project website.

SIG Group Holding is the strategic cooperation partner of Baidu and the advisor on the Baidu Baike Museums Project. Its objective is to provide international quality information for the Baidu platform and share cutting-edge information and AI technology with the world.  Since 2016, it has developed several research projects on Antoni Gaudí, such as “Walking with Gaudí – Baidu WIFI Translator & AI Interactive Guide”.